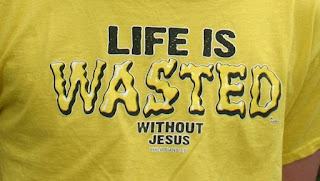 Nova Scotia School of HELL
William you are a hero.

Do not allow the heathens to lower use to there level. This is identical to the precursor of the horrors of Hitler's Nazi Germany, they demonized a specific groups of people. Then rounded them up and shipped them of to camps. That is what we are seeing here. The anti-christian people who control the schools MUST BE STOPPED! If we allow them to get away with these first steps how will we stop them from going onto the next step?

The South Shore regional school board and the Forest Heights Community School in Chester Basin, Nova Scotia should be having a staffing realignment. Starting with the teacher and ending with the superintendent. Nancy Pynch-Worthylake, the superintendent for the South Shore Regional School Board, needs to be suspended (or better yet FIRED) for defying the principals inherent to our christen country. These people suspended a student for wearing a t-shirt. Have they no decency, no morals? It took a public out cry for them to back down and decided he could wear it to school. What a bunch of weasels.

The preamble to the Canadian Charter of Rights and Freedoms states "Where as Canada is founded upon principles that recognize the supremacy of God and the rule of the law". I think the administration of this school should remember that we live in Canada and we have Freedom of religion - NOT - Freedom from religion.

If this was my child's school I would already be down there raising HELL!!! To all the parents that have there babies in this so called school why are you sending your children back to these scum?

It's called FREEDOM OF EXPRESSION!!!!! Does anyone see how far things have fallen in our country? Are you getting as tired of having to bow down to these so called people? There is nothing immoral or criminal or offensive about the T-shirt in question. It is a simple case of more persecution of the Church! The first word that comes to mind is "Despicable!". They allow one religion to have prayer rooms in a public school but in another public school a christen has been suspended for a t-shirt about a religious belief. Looks a lot like discrimination if you ask me. Looks like they are teaching it in school these days. What scares me is how long before this kind of discrimination being allowed in a public school, starts to cause violence.

Why is our society is so afraid of Religion, in general, and more specifically the Christian religion? I have relatives who fought and died for our freedoms in WWII and I am sure most real Canadians can say the same thing. Since the big TURDoh sunk his commie claws into the neck of the Canadian FREEMAN our freedoms have been slowly taken away from us. With the advent of the push back from this strong young man we can take back our country. 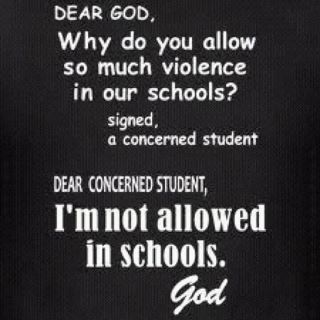 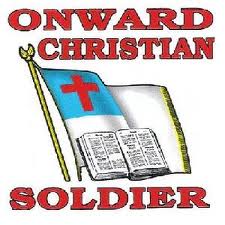 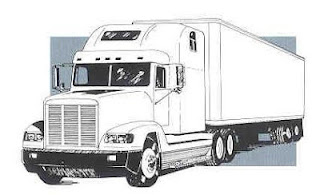 Way back when I was trucking for a dangerous waste disposal company one of my stops every month was a large leftie newspaper to pick up their used inks and chemicals. In a city of a million people, an over a hundred year old with declining subscriptions newspaper (the deadtree really is dead), I would end up with an half-full 53 foot trailer EVERY MONTH!

The numbers are staggering, all that dangerous waste being produced. I haven't done the math, mostly because I have no idea how many of those size presses are up and running in North America. That is just ONE newspaper in Canuckistan!  Most cities have at least 2 or more presses like that, in the lower mainland I know of the Vancouver Sun and Province newspaper are one GIANT press out in Surrey, evergreen press on Marine Drive, East Van Graphics on Commercial, Rhino print out in Richmond, Still Creek Press in Burnaby, I think the next word should be ETC.  In the US alone there are 34 Cities in the same general population group, Some way larger like New York with 8 million and LA right behind them.

34 cities, at least 2 presses in each each producing 1 40,000lb trailer of dangerous waste. WOW! When you think about this part of the newspaper business how can any good leftie even touch a newspaper with out begging GAEA for forgiveness?

Thank you BFH @ http://iowntheworld.com  & Chris Cassone. We are all Breitbart!

One morning I woke up and knew he was goneA sad day, I did pray, I can’t see the new dawnYou’ll have your say, and I’ll have mineBut we carry on
The sky is clouding and the world has lost a lightThe proggs are gloating, their souls are full of blightWe lost a voice, but we have no choiceBut to carry on
The fortunes of patriots are able to press onBut witness the quickness our lives can be goneTo fight The One, we must not be undoneBut carry on
CARRY ON! PROGGS ARE COMING!Proggs are gunning for us all
Where are we going now my friendsWhere will we be tomorrowWill we fight to stem the tideWill we drown in sorrowOh, the questions about this vile regimeWhat to do and how to proceedAndrew, can you talk to me?
stolen from comments on http://iowntheworld.com by Callmelennie